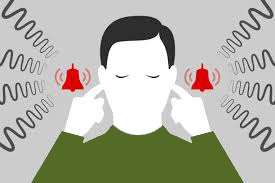 What should you do?

See your VA medical facility about being tested. Your claim will, almost certainly be denied. Appeal it. See the May 2004 Newsletter for Ron Seabolt's experience with this issue. It took some time, but in the end, the benefits were awarded. In the past, the typical award for this has been 10%. It now should be 10% for each ear, or a total of 20%, if you have it in both ears. If you have been awarded a 10% disability for tinnitus, and you have ringing in both ears, you should go immediately to your service representative (not a VA employee) and file for an increase for bilateral tinnitus.

[Update] While the Veteran's Courts opinion is an excellent one for disabled veterans, we should expect that VA will appeal to the Federal Circuit. We have learned that VA has instituted a Department-wide Stay on adjudication of any claims that could be affected by Smith v. Nicholson.

[Update 30 December 2006] The VFW has added its support to the the Supreme Court Case. Read about it here. Please note that pending court cases preclude bilateral allowances of 20%. In order to qualify for 20% disability for bilateral tinnitus, you must have filed your claim prior and been granted the disability prior to 2002. This is an ongoing dispute. Stay tuned for updates.

[Update 8 February 2007] The Supreme Court of the United States has denied the petition for a writ of certioran in the case of Smith v. Nicholson, 451F.3d 1344(Fed Cir 2006). The denial renders the Federal Circuit's decision in the Smith case final. Therefore, no veteran is entitled to more than one ten-percent disability rating for tinnitus, regardless of whether the tennitus exists in one or both ears. Veterans whose claims are pending should be informed accordingly. The Judicial Appeals Office is sending letters to all claimants who have cases pending before the Court of Appeals for Veterans Claims.