A recent e-mail from our own Ron Markiewicz indicated that currently there is no monument at the Arlington National Cemetery to the participants in the Vietnam War. This void is especially felt by the pilots and crew members in the “Helicopter War”. Emily and Ron have been working for about 2½ years as part of a team from the Vietnam Helicopter Pilots Association (VHPA) to get that changed and that has happened. After a hell of a lot of work and walking the long corridors of Congress, a monument has been approved and we anticipate it will be dedicated later this year.

Below is a sketch of the monument which will be placed in prime real estate under the VHPA tree right along the trail to the Tomb of the Unknown Soldier, a picture of the team that walked the halls of Congress and Ron and other team members dividing up the morning’s mission (just like in Nam). This rights an obvious wrong and is one more step in having the Vietnam vet totally welcomed into our society at large.

Ron Markiewicz with the completed Vietnam Helicopter Crew Memorial which was dedicatited on April 18, 2018: 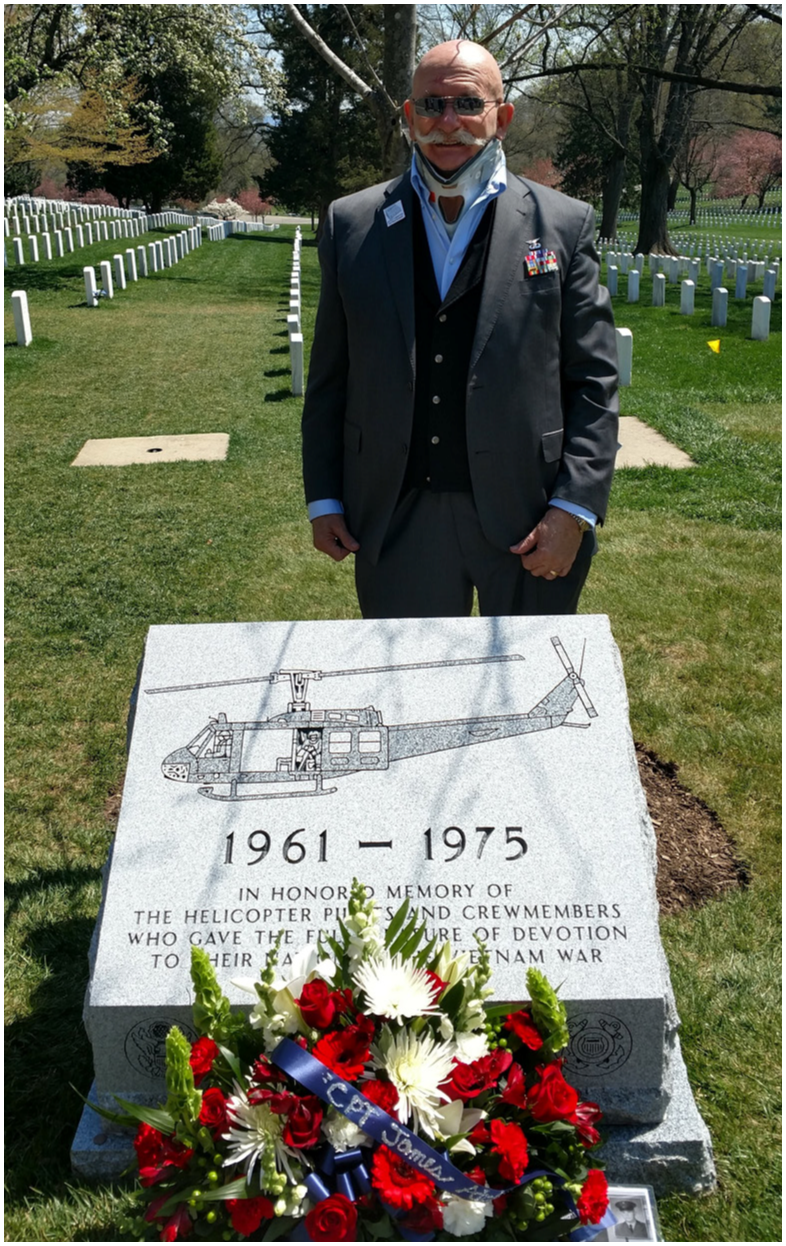